Over the last week or so, Twitter has been aflame with the #CopyPasteCris scandal. I dare say it is akin to any sex scandal of the mid-80s, with its salacious, soap opera-like story arc. For those who are not aware, you can find the tallies here but without going into too much detail, there is a person who basically plagiarized 30 authors and then blamed the indiscretion on ghostwriters they hired from Fivrr. Okay, I won’t touch on everything which is wrong in that sentence, but you have a foundation now.

Oh, and they plagiarized Nora Roberts too.

Who the hell does that?

Anyhoo…the hours I have spent combing over the tweets of this Cirque de Tumult has been both entertaining and devastating. On one hand, and at first, I had the Jerry Springer-Maury Povich audience reaction: how could they do that? I’m glad it’s not me, but where’s my popcorn, I want to watch this drama unfold! I may even throw some popcorn at the offender. (nah, I would never waste popcorn like that) It was something I looked forward to, how the tweets unfolded. The first apologetic and aghast responses from the offender: I would never do that. I respect you all. I am a writer. I didn’t do this. It must have been the ghostwriters I hired for $2 (or something) an hour and never give them the credit they deserved for trying to make a story out of the lifted passages I handed to them and claimed as my own. Blah blah blah. Then as more evidence leaked out, the offender disappeared, no longer apologetic. No longer denying their involvement. They erased their tracks as best they could on the internet, though the plagiarized books were still available for sale. The offender was still making money all while being shown as a plagiarist. What was wrong with this picture?

After a while, the amusement wore off. I put my pitchfork away and I stopped to think about the entirety of this situation. What does it mean for me, the little indie author who struggles to be seen? It could mean nothing. Absolutely nothing. This may be a rare, albeit LARGE case of plagiarism, but exactly what are odds? I may still never be seen by someone of this nature. (Fine by me!) And what will Amazon do about this? Since most of the books published by this offender were through the CreateSpace/Amazon publishing, does Amazon not have a duty to help protect authors from this liability? Are they responsible, solely responsible, for making sure that all books are indeed clean? Hey, TurnItIn said they were down to talk, so Amazon, give them a call!

Protect the authors. They are your economy.

But what I have found coming out of this, now nearly two weeks in is a rabid fear of publishing. First, I’m an indie, I don’t have much of a marketing budget, so whatever sales I can garner, go back into what little marketing I have. Part of me feels this makes me an easy target for a predator like this. My copyright paperwork is in the mail, so I do have that protection, but does that keep me wholly protected? No. I could still be plagiarized. I could still have my work stolen. This is one of the reasons why I have never been a fan sharing my material on the internet or my ideas with anyone, ever. I rarely discuss at length what I’m working on, because I have trust issues. And as an educator, I know how easy it is for someone to just cut and paste. Hell, when I was in grad school, in a creative writing course, there was a woman who stole every single short story she submitted for a grade. How can you do that and call yourself a writer? Why go into a program if you are not going to do the work?

Please, someone help me understand. It isn’t easier. I know it isn’t. Why do people think plagiarizing is easier than doing the actual work?

I don’t blame the ghostwriters. I do blame any “author” who uses ghostwriters and does not give them credit for their work, because they helped you. They deserve acknowledgment. Give it to them. And any ghostwriter who knowing continues on a project where plagiarism is suspected, or even outright known, then you are culpable too. Which makes me think: just how many ghostwriters out there just don’t care or aren’t aware enough to realize that they are complicit in the stealing of work? Are ethics gone? Has the digital age wiped us clean of any responsibility we have of being morally and ethically upstanding because we can hide behind a computer screen and deny it is us this is happening to? Plausible deniability is only a tweet away.

Does anyone but the authors care anymore?

I know I should be utilizing sites like Wattpad for audience building, but my paralyzing fear of my work being stolen keeps me from trusting the good people out there, just wanting to read something. Honestly, this whole thing has me second guessing whether or not I want to even be a writer. I just published my first novel, and it is one I am rather proud of. I would be devastated if someone knowingly stole from it and then made more on it than I did! Insult to injury, there.  But, when I’m stuck in this position of not knowing if I can make it as a writer, because my sales suck (which obviously means I suck at writing, right?) and the possibility of being stolen from, because my sales suck and no one will ever know, I don’t know if the risk is worth being a writer anymore.

Basically, the last two weeks have made me question this passion I have held for decades. But then again, if I let fear hold me back every time I wanted to do something, I would do nothing at all. I’m just in a weird place with all of this because it has given me something to consider which I have not considered in the past. Not really. I have been negligent in thinking that plagiarism isn’t a problem. That stealing isn’t a problem. That I am immune. But I’m not. None of us are and that is frightening. Yet, when the scales are filled and we weigh the prospects, we will no doubt find that the love of writing will always win out over the fear of idiots who think they can skirt responsibility and take the easy way out, for there is no easy way out. And in the realm of Romancelandia, you will be discovered. There is nowhere to hide. They mean business.

So, yeah, I don’t want to be in the Maury audience anymore and I’m tired of popcorn. I’m ready to be a writer again, even though I’m scared as hell I’ll never make it as a writer and I’ll be plagiarized someday. But I do have two choices: 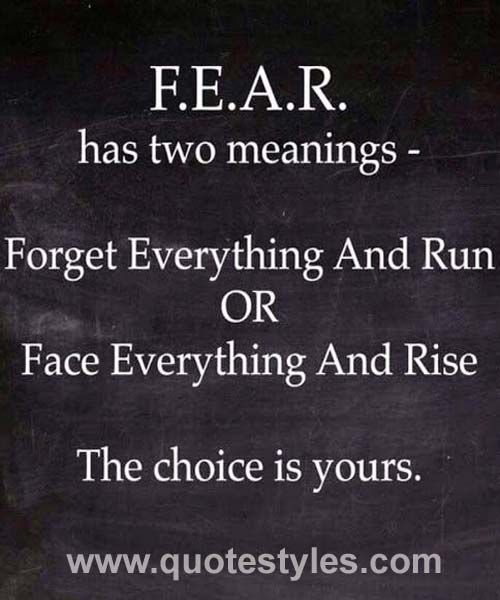 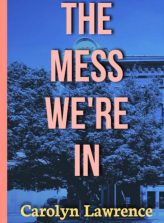 Like my blog? Why not try my novel? Big city actor falls for small-town historian, reigniting a moonshining feud. Things are about to get real messy, but can their love survive?